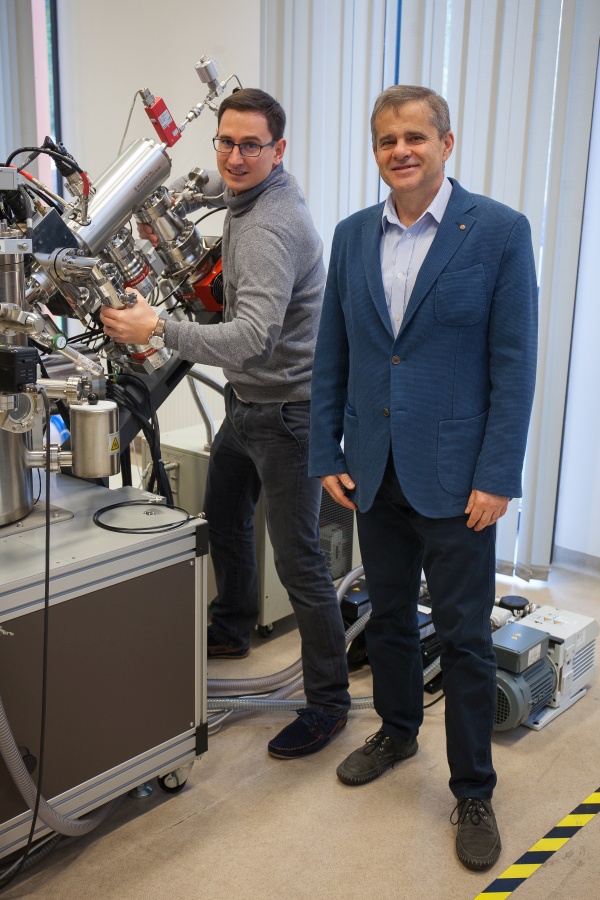 The research interest of the group is focused on  a self-assembly phenomenon in thin-layer systems  based on organic compounds. The self-assembly processes induced by interactions within the layer as well as gas phase and substrate interfaces have crucial influence on electrical and optical properties of the layer. The investigation are directed to optimization the properties of the systems that can be implemented to produce optoelectronic devices such as organic solar cells or biosensors.

The research work is based to a large extent on studies using the XPS / UPS photoelectron spectroscopy combined with non-destructive analysis in depth of organic materials by sputtering with argon gas cluster ion gun (Ar-GCIB).

Head of the group